Let's go to the beach, shall we?

ΓΙΑ ΤΗΝ ΕΛΛΗΝΙΚΗ ΕΚΔΟΣΗ ΑΥΤΟΥ ΤΟΥ ΑΡΘΡΟΥ, ΠΑΤΗΣΤΕ ΕΔΩ.
It's summer again. AGAPI PARAKSENI weblog republishes the well known article about LGBT beaches. This year, we have made some minor changes in order to help people trying to spot those places. Particularly, we have included GPS coordinates for those of the beaches that are quite difficult to find.
LGBT-beaches in Cyprus are neither lagre, nor easily accessible, nor do they attract large crowds. The LGBT-beaches described in this article (Pissouri, Governor’s Beach and Ayia Napa) are not even sandy! Probably the limited accessibility and their unatractiveness (because they are rocky) made them appropriate for those who wanted to "hide". This article, which has been written in the form of a questionnaire, gives information about the three widely known LGBT-beaches in the Greek-speaking part of the island.

a) Pissouri: As soon as you arrive in Pissouri, ask where COLUMBIA Hotel is. Outside the hotel there is enough parking space for the visitors. Walk down to Pissouri beach and go to the east end (on your left, as you face the beach). To go to the LGBT beach (which is behind the rock), either climb on the rocks or swimm. In the first case, it is recommended that you wear sport shoes. In the second case, use a small inflatable plastic boat (as small as possible, so that it will be easier to inflate/deflate) where you will place the bag with your personal objects (mobile phone, car keys, condoms, lube etc). The bag is recommended to be water resistant and the boat should have a rope and a handle where the rope can be attached. The other end of the rope should be attached on your hand, so that you can carry the boat. While you are swimming, try to stay away from the shore. The waves near the shore may turn the boat upside down. You are also recommended to wear swim fins, as they help you swimm faster.

b) Governor's Beach: Governors Beach is situated exactly on the border between Limassol and Larnaca districts. It is the the most suitable place for people living in Nicosia, as the distance from Nicosia is about 50km (Ayia Napa is 80km away from Nicosia while Pissouri is more than 100km).
To get to the LGBT beach you have to walk westwards (towards Limassol) starting from the part where the restaurants are situated. The beach lies opposite (to the north) the rock shown in the picture (see at the bottom of this article) and slightly to the east (i.e. the place indicated by the arrow).
Practical hint: if you have GPS (or a mobile phone possessing a GPS app), simply start walking from the restaurants and carry on going westwards along the quayside until the device shows geographical longitude 33.260333 degrees. Then, you can see the beach on your left.

c) Ayia Napa: Ayia Napa is among the most popular tourists destinations in the eastern part of the island. The LGBT beach of Ayia Napa is located a few metres east from the beach "Ammos tou Kampouri". As soon as you arrive at Ammos tou Kampouri, go eastwards (as you see the beach, go to the left end). Follow the rocks along the quayside. You are recommended to wear sandals and be very careful as the rocks are quite slippery. Moving on, you'll see a rocky little gulf, very similar to an amphitheatre. This is Ayia Napa LGBT-beach.
Practical hint for those possessing a GPS device: Follow the stone path passing by Ammos tou Kampouri beach (as you face the beach, go left). Walk eastwards until you arrive at the point with coordinates 34.973333, 34.032667. Then, leave the path and go towards the quayside. Arriving at the quayside, you'll see the gulf mentioned above.

2. How do they look like?
In contrast to respective beaches in Myconos (that are sandy, the wind blows heavily and the water is so cold that you may finally catch cold), LGBT beaches in Cyprus are rocky, the water is mildly cool and the wind does not blow so much.

3. Which days tend to be more crowded?
There is no particular day but as a rule of thumb the beaches are more crowded on Sunday. I also warn you that if you like hairy men you don’t have many possibilities to find what you like in an LGBT-beach. That’s what I also noticed in Myconos.

4. Is nudism allowed?
Officially, no. It is considered as an act outraging public decency. However, as LGBT-beaches are not easily accessible, hardly ever does the police raid them (or at least I have never heard about such incidents). Consequently, some people swimm nude. The same also applies to sexual intercourse.

5. Are such places recommended for LGBT-couples?
Absolutely, no. As I have mentioned above, many people swimm nude. They aim at promoting their bodies and seduce other people to flirt with. It is important for you to leave them free space. My personal opinion is that LGBT-places (bars, clubs, beaches) should not be attended by couples. However, if you go there and you start being flirted by somebody, then Pissouri community, Pentakomo community (where Governor's Beach belongs to), Ayia Napa municipality and AGAPI PARAKSENI deny any responsibility.

6. Ι like meeting new people in places where we dress in as few clothes as possible. That's why I find LGBT-beaches a very practical solution.  However, what shall I do in winter?
Click here. 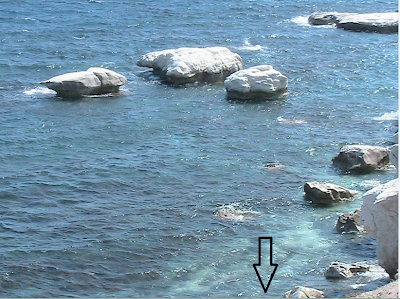